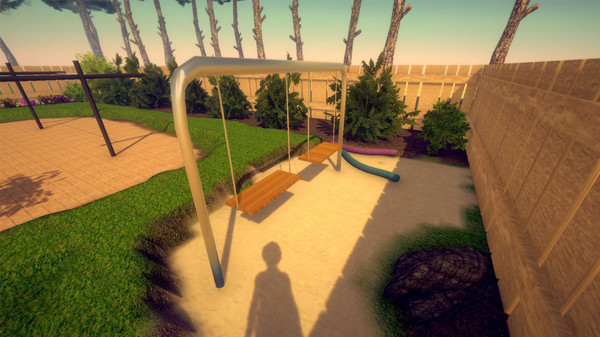 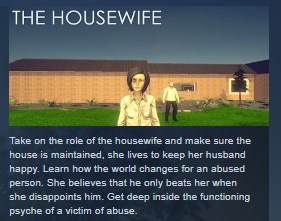 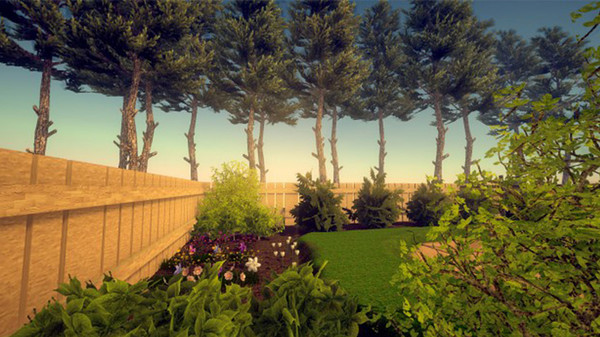 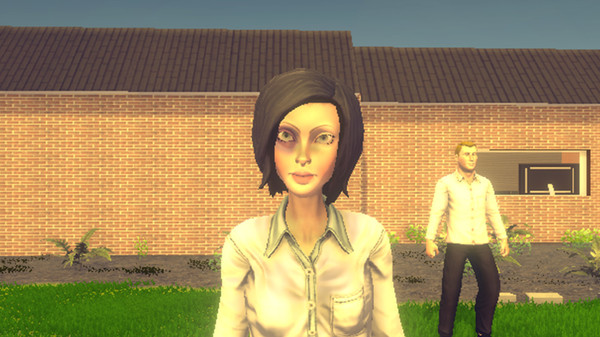 The Housewife is a parable on spouse abuse. The story follows a day in the life of an unnamed housewife and her every desire to please her husband. She lives an illusioned life and has forgotten the world outside her husband, kids and home.

Take on the role of the housewife and make sure the house is maintained, she lives to keep her husband happy. Learn how the world changes for an abused person. She believes that he only beats her when she disappoints him. Get deep inside the functioning psyche of a victim of abuse.
FACTS ABOUT ABUSE:
( according to NCADV, WHO, huffingtonpost )
Every 9 seconds in the US, a woman is assaulted or beaten.
On average, nearly 20 people per minute are physically abused by an intimate partner in the United States. During one year, this equates to more than 10 million women and men.

Women between the ages of 18-24 are most commonly abused by an intimate partner.
Recent global prevalence figures indicate that about 1 in 3 (35%) of women worldwide have experienced either physical and/or sexual intimate partner violence or non-partner sexual violence in their lifetime.
Children who grow up in families where there is violence may suffer a range of behavioural and emotional disturbances. These can also be associated with perpetrating or experiencing violence later in life.
Domestic victimization is correlated with a higher rate of depression and suicidal behavior.
Number of U.S. troops killed in Afghanistan and Iraq: 6,614:
Number of women, in the same period, killed as the result of domestic violence in the US: 11,766

Although this issue affects both men and women, statistics show that women are more affected by abuse. However this fact does not lessen the impact on abuse to any other person, men, women and children could be a victim.

The Housewife tries to take a deep look into the psyche of an abused individual, many artistic and metaphorical choices are made in the game design to represent psychological impact.
GAMEPLAY
Experience a chilling story of domestic abuse.
Step into the shoes of a middleclass housewife and clean, hang washing, sweep dirt, etc.
Step into the surreal world of the Housewife´s dreams. She dreams of doing housework in fantasy worlds, these manifest themselves as challenges within the game.
Original soundtrack
ИНСТРУКЦИЯ ПО АКТИВАЦИИ: